Venus Metals Corporation has lodged a patent application for the processing of vanadium oxide ore following a hydrometallurgical study conducted at its Youanmi project in Western Australia.

The company believes its unique open pit vanadium oxide resource at Youanmi in the state’s Midwest has the potential to be a significant supplier to the global vanadium market, particularly for the emerging renewable battery energy sector.

Venus today presented the results of a comprehensive study conducted by the Hydrometallurgy Research Group at Murdoch University to develop an integrated process flow sheet for the extraction of vanadium, iron and titanium.

Venus has been carrying out geochemical surveys across the project, with a recent campaign collecting 490 soil samples over three tenements.

The program identified several lithium anomalies greater than 116 parts per million at the Manindi North licence.

These were pinpointed in areas of cover west of known pegmatites that were previously drilled in 2018 under a joint venture between Venus and Lepidico, which explored for lepidolite lithium minerals.

A geochemical survey at Venus Metals’ Youanmi lithium project has backed up previous drilling, with the company hoping recently delineated lithium anomalies are an extension of the Manindi lithium discovery to the south that excited the market last month. Interestingly, the extensions appear to coincide with existing and known pegmatite outcrops.

Full article by The West Australian 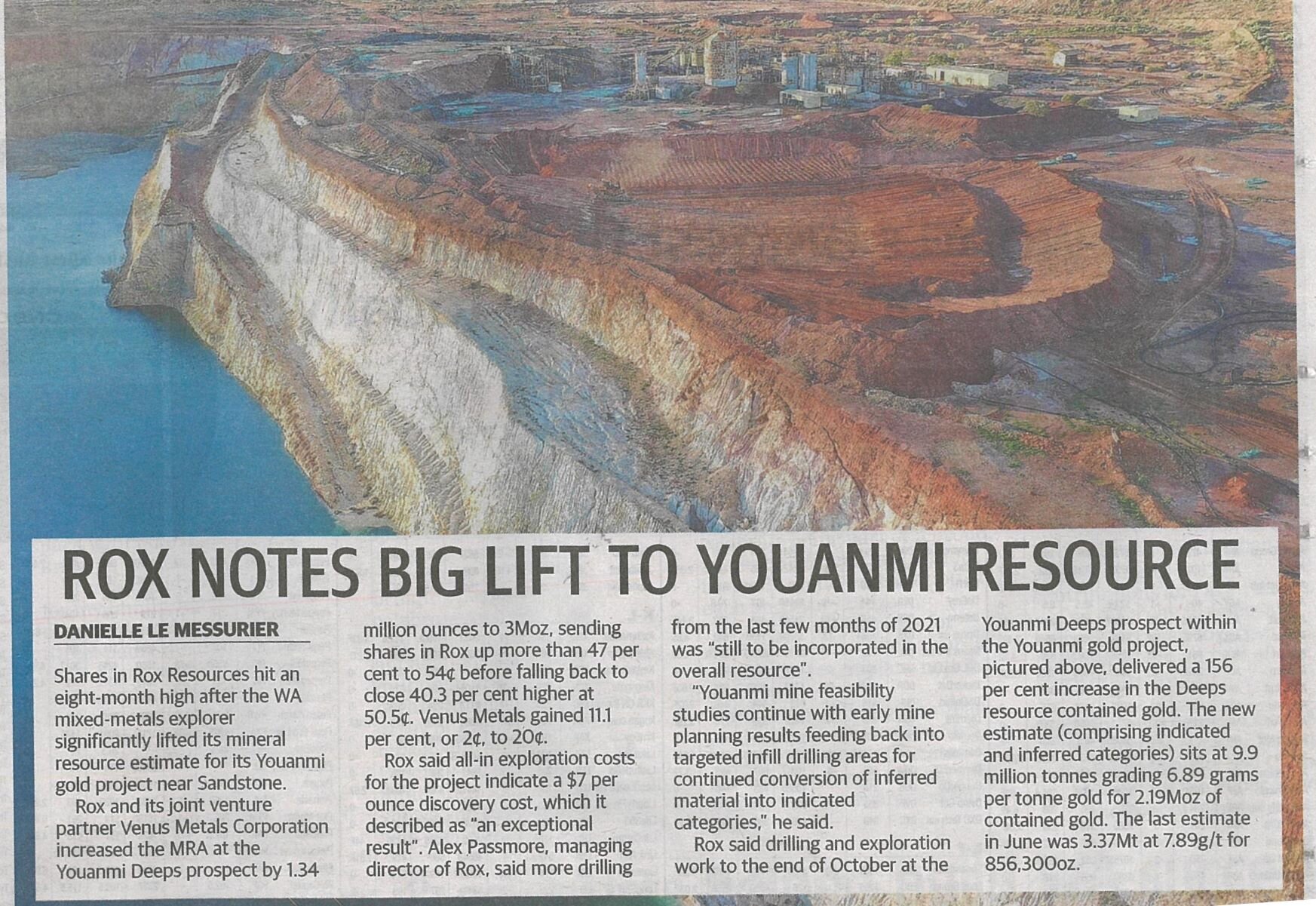 Full article by The West Australian