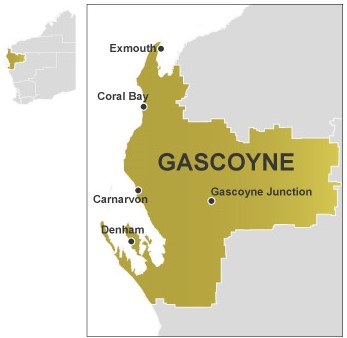 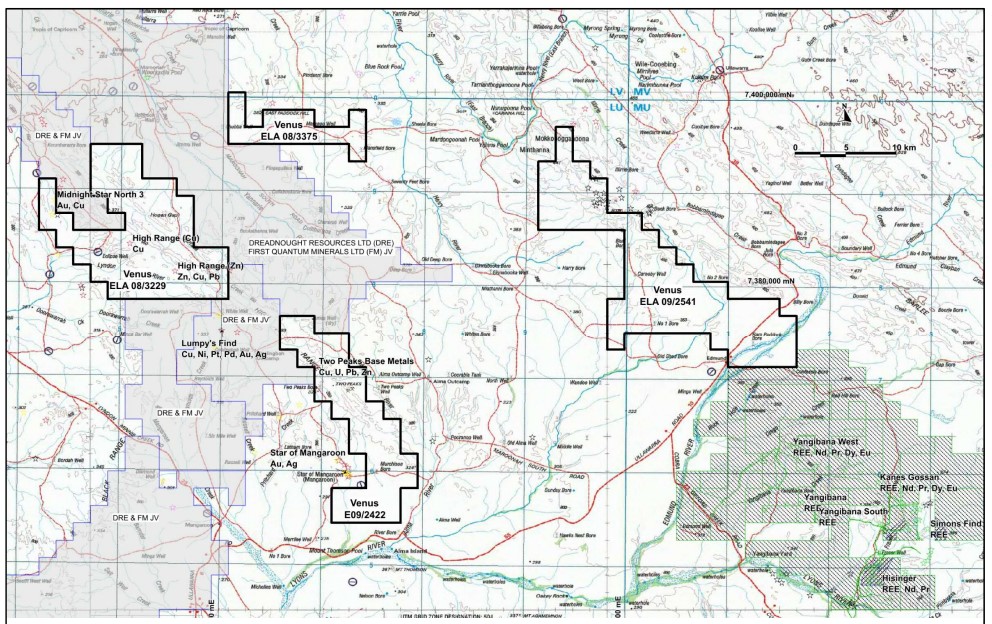 Follow-up sampling is also planned around an isolated ironstone float specimen (TREO of 1735 ppm, including 316 ppm Nd) see below. 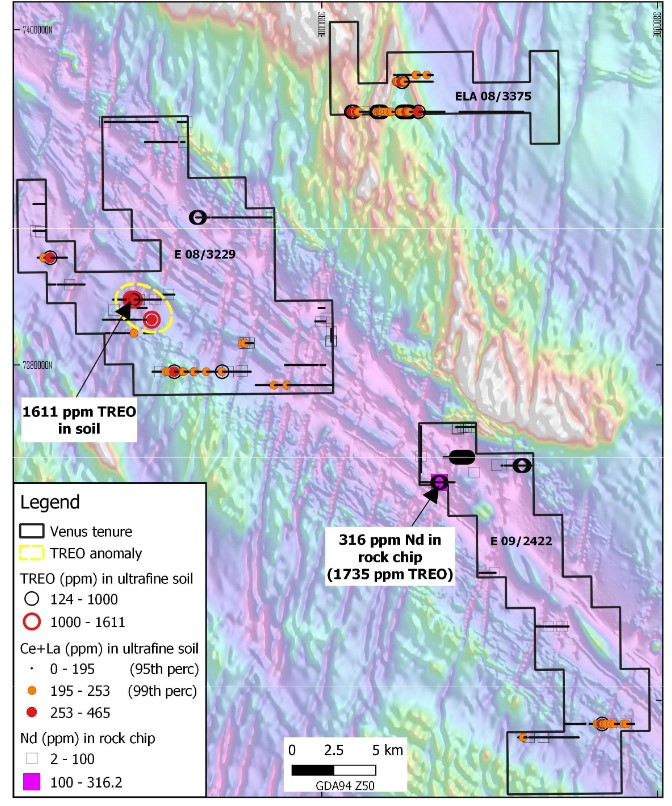 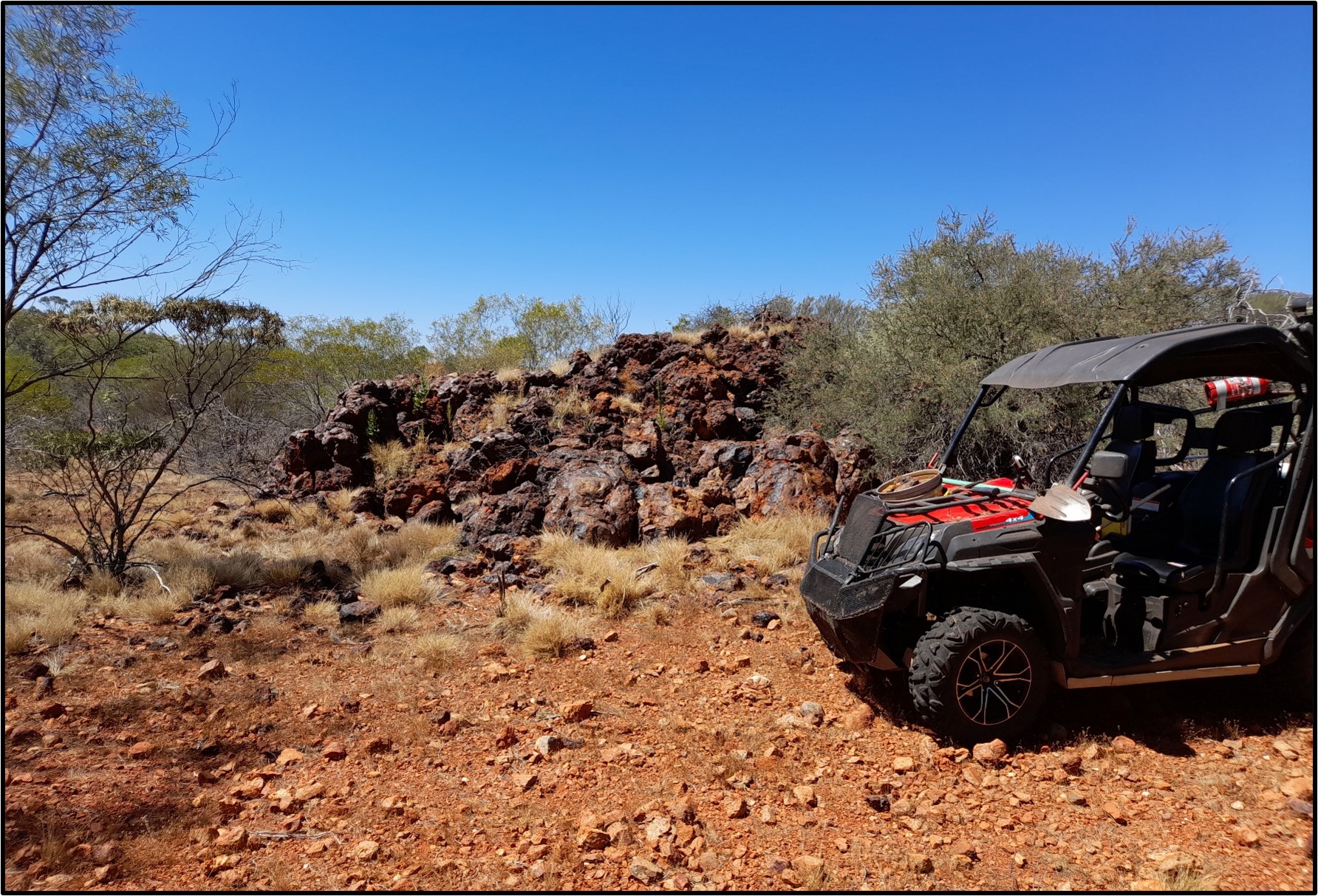 Venus considers other north and northeast-trending Mundine Well dolerites, dykes, sills and small intrusions highly prospective for magmatic Ni-Cu-Pt-Pd mineralization and identified several Pd anomalies (up to 21ppb) in soil on or near Mundine dolerite. (see below) .

Structural targets along northwest-trending faults and shear zones within the Mangaroon North Project are considered prospective for gold mineralization similar to that at the historical high-grade Star of Mangaroon gold mining centre. The strongest gold anomaly is in the northern part of E 09/2422 with a maximum of 429 ppb Au.

Interpretation of remotely sensed spectral data and aeromagnetic data is in progress and will assist with planning systematic follow-up soil and rock chip sampling to generate drill targets in 2022.