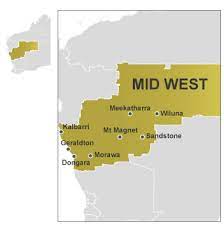 The Youanmi Gold Project is located 480km NE of Perth and 400km inland and to the east of Geraldton in the Mid West Region of Western Australia.

The Youanmi Gold Mine located near the centre of the project tenement package has historic production of 667,000 ounces of gold grading 5.42g/t from open-pit (1987 – 1993) and underground operations.  The operation was closed in 1997 when the gold price was approximately $400 per ounce with the last parcel of ore mined underground at 14.6 g/t Au grade.

▪ Including high-grade underground component of 2.2Moz at 6.9g/t Au

• Feasibility studies continuing into the restart of Youanmi 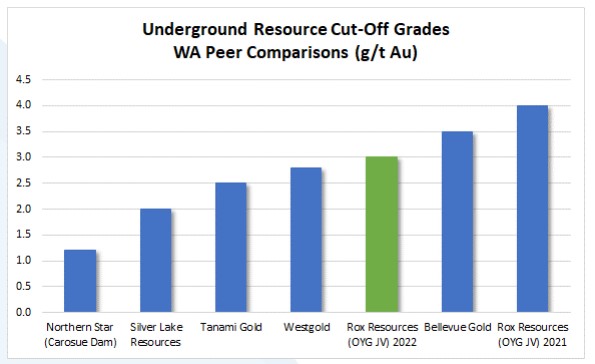 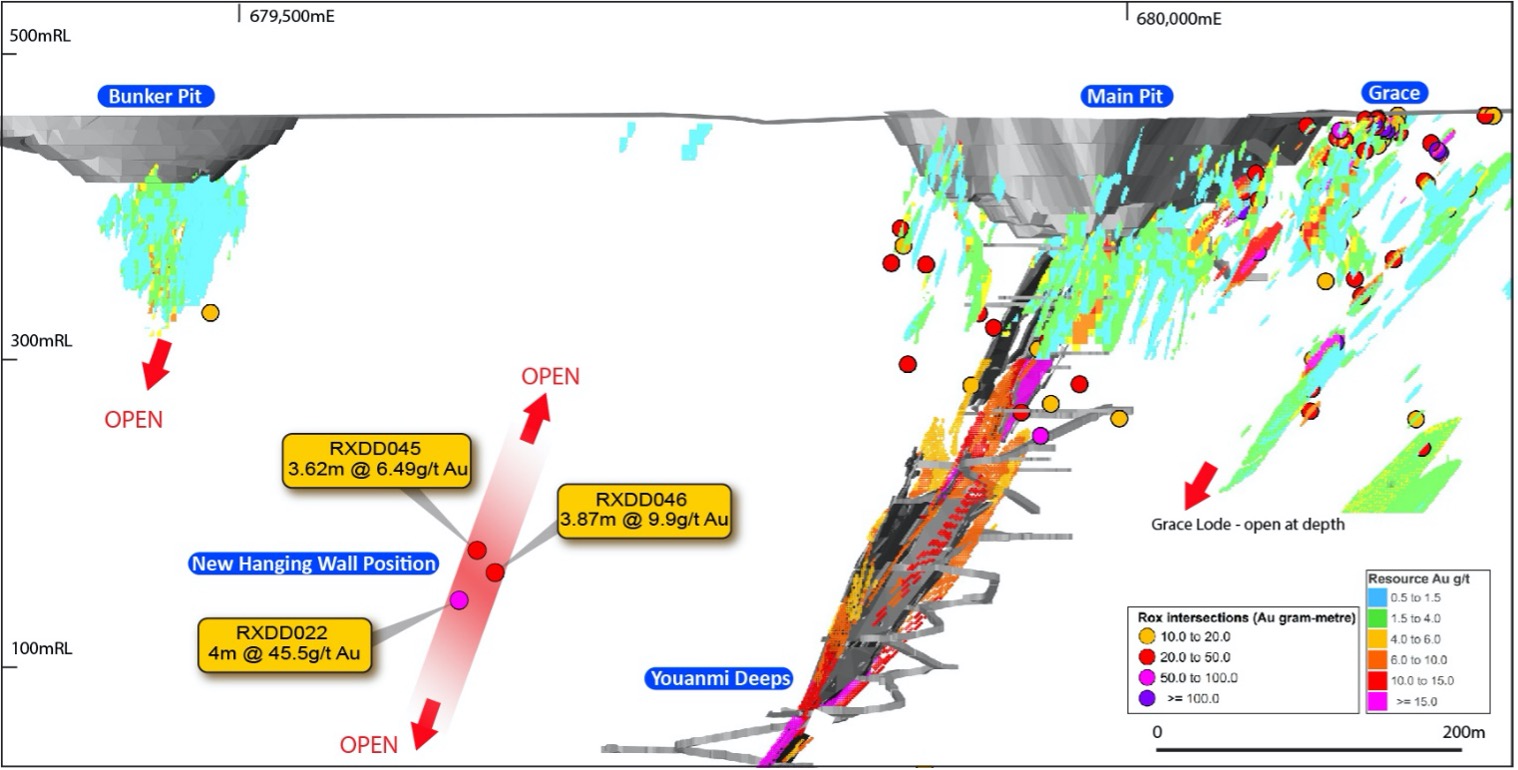 Albion Process amenability test work (refer RXL ASX release 23 December 2021) was completed as part of a broader assessment of a suite of gold processing options including standard cyanide leach, roasting, pressure oxidation and ultrafine grind (“UFG”) followed by atmospheric cyanide leaching. The test work was conducted by Orway Mineral Consultants utilising Core Technologies Albion Process technology. The Albion Process has emerged as the most suitable method for the treatment of Youanmi Deeps Resource with average gold extraction of 92.2%. The Albion process offers substantial capital and operating cost benefits, in conjunction with recovery benefits, in comparison to other processing methods studied.

The Albion Process™ was developed at Core’s Albion facilities (previously owned by MIM/Xstrata) during the early 1990s and is a combination of ultrafine grinding and oxidative leaching at atmospheric pressure. It is a highly effective process for the treatment of a wide range of sulphide based metal and precious metal concentrates, for precious and base metal recovery.

The Albion Process is the preferred treatment method for Youanmi Deeps ore and is likely to deliver the lowest capital and operating costs of the methods evaluated.

Youanmi Gold Project work will continue in 2022 including

Following the recent substantial upgrade to the Youanmi Mineral Resource Estimate, the Company expects concept level project economics to be very robust and is hence continuing to rapidly pursue its investigation of development pathways for the Youanmi Gold Project.

Studies into optimal production scenarios are well advanced these include:

Focused on growing the resource base and progressing feasibility studies with the aim of restarting production at the Youanmi gold mine (source ASX: ROX Investor Presentation RIU - Explorers Conference 15.2.22) 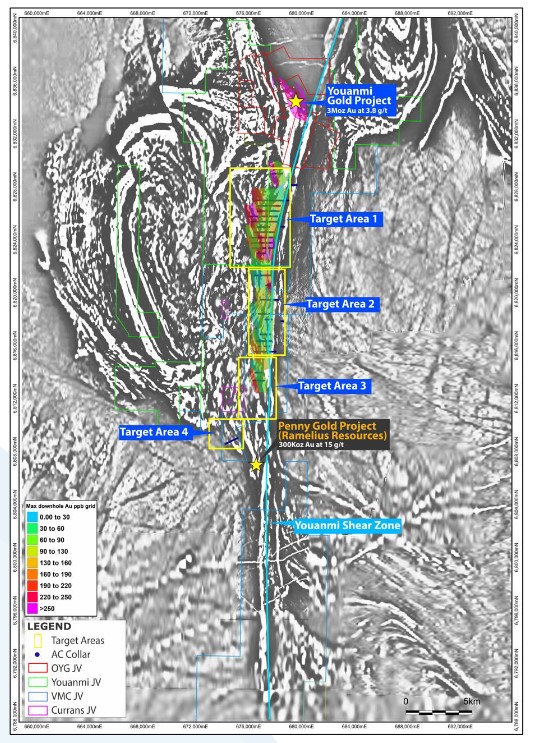 The high-grade historic Currans Find JV is located in the centre of the Youanmi Gold Project where each holds a 45% interest in all minerals;

Youanmi Regional exploration program is planned for as:

Follow up infill and extensional air-core drilling to further define the geometry and extent of oxide mineralisation at Target Areas 1-2, focusing initially on the three mineralised structures at Target Area1.

Regional targeting generation along the strike of the Youanmi Shear Zone